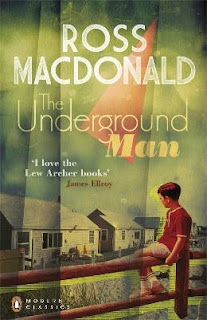 I see that Penguin UK are soon to publish another in their series of books by Ross MacDonald. These are part of the Penguin Modern Classics series, and they deserve the title.

I think I read the whole of the RM oeuvre, about forty years ago, and they were all pretty good stuff. Rather dark, featuring families with strange and twisted histories, and rather Freudian. In terms of genre, they are crime fiction/private eye, and older readers may remember Paul Newman playing the famous Lew Archer in the movie version of The Drowning Pool.

RM has been described by Elmore Leonard as 'America's greatest crime writer', and while the point is arguable it's not far wrong.

His wife was Margaret Millar, absolutely no slouch at writing herself, though I haven't seen any mention of her for a long time.
Posted by Michael Allen at 2:29 pm 2 comments:

If memory serves (and it is getting increasingly dodgy), it was that Scottish undertaker in Dad's Army who used to claim, at frequent intervals, that we are all doomed. But actually he was about fifty years ahead of time.

Take, for instance, one of today's headlines. It is reported that the G20 'wishes to express its alarm about the eurozone crisis.'

Well, aren't we lucky. We have political leaders who are so perceptive and supernaturally well informed that they think we should know there is a bit of a problem.

Problem? Is that what you call it? Listen, I just sit here and read the occasional blog, and look at a few newspapers in my local Costa, and I am here to tell you that for the past year I have been quietly wetting myself with panic. It seems that it wasn't enough for the banks to fuck things up big-time in 2008. No, they are filled, it seems, with an overwhelming desire to do it all over again!  While stealing money from you and me in the process.

I can't be arsed to look up the precise figures, because it's all too depressing, but the RBS, which owns the NatWest, with whom all my pathetic little pile of money is stored, seems to have lost 1 billion pounds sterling in the first quarter of this year. Well done boys! A billion in one quarter! Think how much you could lose if you really tried.

I tell you, if in a year from now I still have enough pennies left to buy a cup of coffee which allows me to read newspapers for free, I shall be pleasantly surprised.

Meanwhile.... There is a silver lining to this cloud. Because the book business is booming, right? 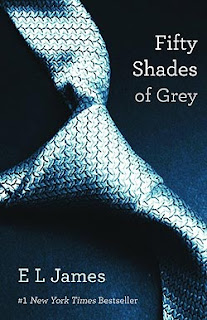 The Sun tells us that Fifty Shades of Grey, 'about a depraved relationship between a young virgin and her rich older lover', is now the fastest-selling paperback since records began. And it's 'sexually explicit', says The Sun, drooling so much that it makes the newsprint all soggy.

Or not, as the case may be.

Meanwhile, if you want to know what happened in 2008, you really have to read Michael Lewis's The Big Short, which is highly entertaining if you have a taste for black humour. If you haven't, it will probably give you a stroke. 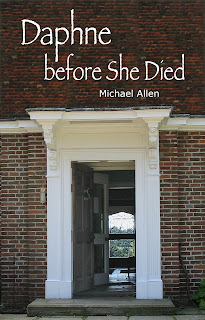 Coming soon to an Amazon web site near you: Daphne before She Died, a new novel by Michael Allen.

Well, actually it's newish. I wrote this book about twelve years ago, and published it as a trade paperback. In those days it had a different title, and I used a female pen-name. It sold about as well as you would expect, i.e. about 100 copies, mostly to libraries, and it washed its face financially. I took it out of print a while back because it had stopped selling. Since then I have revised it somewhat, and given it a new title and a new cover. I am using my own name this time.

Here's what Kirkus Reviews had to say about this book, first time around:


This account of two reckless love affairs in the early 1960s is primarily concerned with the emotional fallout of these obsessive relationships and their effect on the people involved in them.Robert Duval, son of a French father and English mother, has been approached by Daphne, his old housemaster's wife. She is dying and wants a record of the momentous year when she became passionately involved with one of the boys in her husband's House.

But hers was not the only torrid affair that year - Robert himself was initiated into the delights of the flesh by a nubile 18-year-old French girl, and Daphne's request stirs up memories of his own youthful infatuation.

Public schools [i.e. boys boarding schools in England] operated according to their own codes of morality - a little discreet homosexuality was acceptable, but striking up a physical relationship with a woman was considered unacceptable. Yet the couples seemed fearless in the pursuit of their desires, almost as if the strength of their feelings rendered them immune to discovery.

The novel dissects issues of secrecy and truth in sexual relationships. Both Daphne's husband, Ben, and Robert's mother knew about the affairs, yet they kept that knowledge to themselves. Ben knew that Daphne's loyalties would always lie with him, and that the end of the school year would mark the end of the affair. Robert's mother knew that once Suzanne returned to France the passion would burn itself out. Yet years later, even though both affairs are long over, the memories of that obsession are as strong as ever for both Robert and Daphne.

This is a fascinating account of the consuming power of  sexual passion, and a remarkable insight into the claustrophobic world of traditional public-school life.

That's a pretty good review really, isn't it? Perhaps I'm justified in seeing it as one of my better efforts.

Anyway, the new improved version of this novel is coming out again within a week or two. In the meantime, if it sounds like the sort of thing that you might enjoy reading, after which you are encouraged to write a review on Amazon, please drop me a line -- address in profile -- and I will get you a free copy for your Kindle. This offer holds good for the first ten applicants or till the end of July, whichever comes first.

Adam Curtis -- the Medium and the Message

Even today, the majority of books published are non-fiction. And anyone who reads non-fiction is looking for information.

If you want information about the current political situation in many parts of the world, you need to keep an eye on the blog of Adam Curtis. The following description of what he's up to is lifted straight from the blog:


Adam Curtis is a documentary film maker, whose work includes The Power of Nightmares, The Century of the Self, The Mayfair Set, Pandora's Box, The Trap, and The Living Dead.
Adam writes: "This is a website expressing my personal views – through a selection of opinionated observations and arguments. I’ll be including stories I like, ideas I find fascinating, work in progress and a selection of material from the BBC archives." 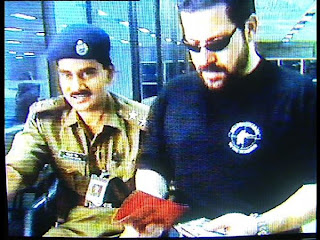 Today Mr Curtis has a detailed account of a strange character who was to be found lurking in the shadows of many military operations in Afghanistan. But along the way we learn a great deal about the thinking of the American military and politicians. Yes, you may, in your black cynicism and deep depression, wonder whether anyone ever does any thinking in those quarters, but it is going on.

Whether you like the results of such thinking is another matter entirely.

If you've ever seen a documentary by Adam Curtis, you will know that he relates them himself. And when you read his prose you can hear his voice. Uncanny.

The BBC gets a lot of stick these days, but an organisation that provides a base for a man like this is definitely doing something right.

The Comma Press, in the UK, is very active in the field of short stories. It's a not-for-profit organisation, which is just as well, I suspect, because it's mighty hard to get anyone interested in buying short stories -- at least via the traditional routes. Digital may change everything. Anyway, nip over to the Comma Press web site and take a look.

It you're interested in writing short stories, as opposed to reading them, you could do worse than read my book How to Write a Short Story that Works. This is available in ebook form, from the usual Amazon retail sources (US readers go to dot com, and Brits go to dot co dot uk). It's also on Smashwords, and therefore on a variety of other outlets, including Apple. This book has so far attracted 27,000 readers, give or take a few, so there must be a lot of people interested in the short-story form. And why not? 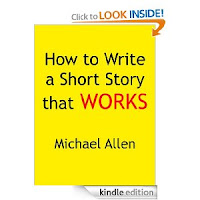 While I was checking the link to the Amazon.com location of my book, I came across a couple of very flattering reviews that I hadn't seen before. Amazon doesn't seem to notify an author of reviews (whereas Blogger sends me a copy of every comment). In view of these reviews I think I may have to put the price up, so hurry, hurry, hurry, buy your copy now.
Posted by Michael Allen at 11:54 am 2 comments: 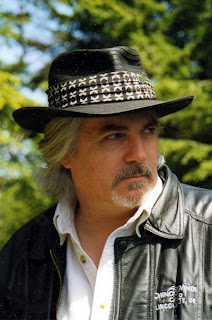